Shake Up In Paris

I have been an admirer of Jarrar, an experienced couturier, since I laid eyes on her namesake Spring 2012 Couture collection.

Jarrar will not be maintaining her couture line (I’m hoping that is a temporary decision) so she can focus on reinventing the global Lanvin women’s brand. Making the decision to be fully dedicated to Lanvin, she declared, “The choice to join Lanvin and be fully dedicated, it’s a real evolution.”

Every season during a fashion week I try to view, study, and/ or learn as many labels and brands as my eyes, brain, laptop, and Pinterest can digest. But honestly, prior to Jarrar’s announcement as artistic director – to – the debut of Lanvin Spring 2017 collection, I have not been a massive follower of the brand. During Elbaz’s tenure, if someone gave me a split second to describe his collections I would say dark romance, which catered to the feminine, strong female – strong feminine woman. And off course I cannot exclude the bold colors and patterns.

From viewing Lanvin’s Spring 2017 collection presented by Jarrar, I think her presence will reel my interest more into Lanvin. Learning more about the brand and its history: from Jeanne Lanvin to Elbaz’s period.

Off course I was elated when I viewed Jarrar’s debut for Lanvin! There are pieces, fashions that resembled, looked very recognizable to her previous couture collections; without knowing that see is now in control of Lanvin I could say “Hey this is very Bouchra Jarrar-ish”. 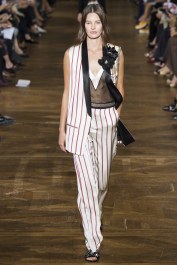 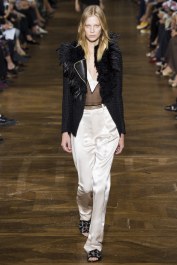 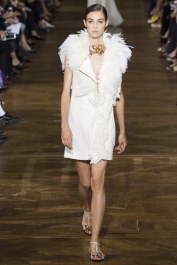 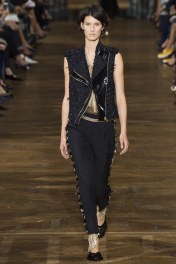 There were also looks the resembled Elbaz’s era, for Lanvin’s veteran customers: from the cocktail and evening wear – to – seduction. 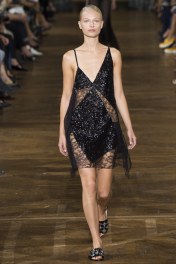 When asked who the Lanvin customer is, and how she understands her, Jarrar stated, “I would like to give a sense of freedom, liberty, and contemporary elegance, with a casual yet chic touch.”

Bouchra Jarrar has created her own vision for the new Lanvin and I cannot wait to see what is next for its future collections and seasons to come!