The Fashion Industry Has Something To Say

Politics on the runway span from Vivienne Westwood’s Spring 2013 finale showcasing a giant “Climate Revolution” banner to Chanel’s Spring 2015 female equality finale riot. From highlights of the Fall 2017 RTW season, fashion with a purpose is here to stay.

With worldwide recent events, as well as the U.S. 2016 Presidential election, the fashion industry is using its platforms to raise awareness on debatable topics as well express their feelings of anger, sorrow, and strength during Fall 2017 fashion month.

From statement T-shirts and Planned Parenthood to the global #TiedTogether movement, read more below on what the fashion industry is supporting.

The #TiedTogether movement and its symbol, the white bandana, supports solidarity and human unity.

Designer Prabal Gurung closed his show wearing a white bandana around his wrist, and a T-shirt that read “This is what a feminist looks like.” Photo: Yannis Vlamos

(l-r) Designer Prabal Gurung closed his show wearing a white bandana around his wrist, and a T-shirt that read “This is what a feminist looks like.”  During the Redemption runway finale models closed the show raising their bandanas in the air.

(l-r) Marchesa designers, Georgina Chapman and Keren Craig, wore the pins for their end-of-show bows. A model was sent down the Area runway wearing the pin on Area brand red pants. Chloe Gosselin’s models all wore the pins during her Fall 2017 showcase.

To learn more about how CFDA is working to support Planned Parenthood, visit https://cfda.com/.

Designers addressed their political views and feelings right on their chest. (l-r) Christian Siriano sent model Jasmine Poulton down the runway wearing a “People Are People” slogan T-shirt down the runway, while designer Jonathan Simkhai proudly rocked his “Feminist AF” tee that would be for purchase further supporting FASHION STANDS WITH PLANNED PARENTHOOD initiative.

Models held printed posters during Wendy Nichol’s Dear America demonstration, two posters read “I AM HORRIED” and “I AM AN IMMIGRANT.” 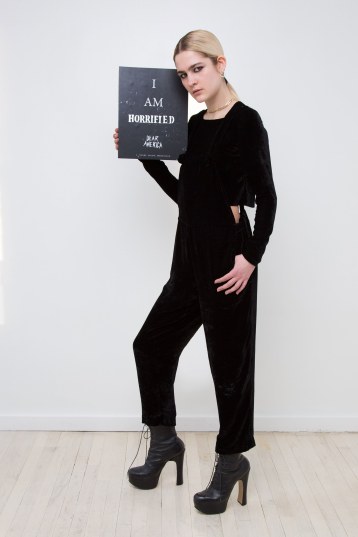 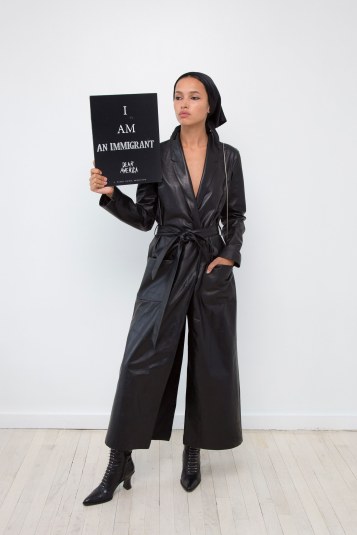 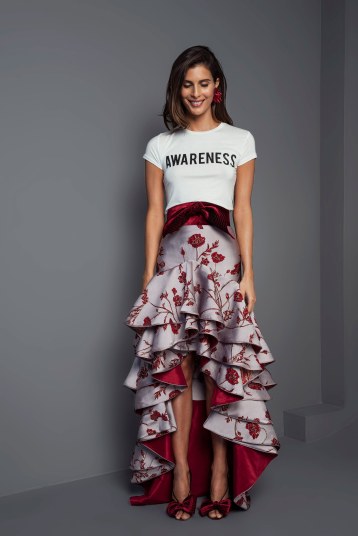 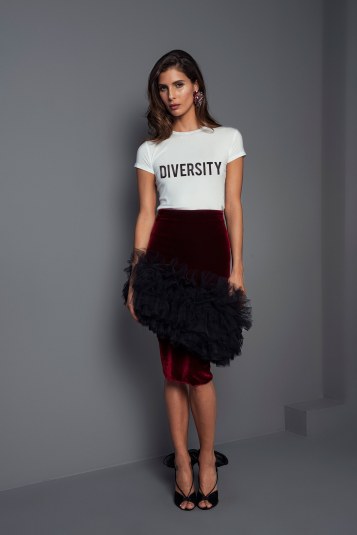